How To NOT Deal With Prospects (And Team) Giving You Excuses

Ok give me a “Hell to the Yeah!” if you’re absolutely sick and tired of hearing excuses when building your network marketing business:

“It sounds great, but I just don’t have enough money to get started.” 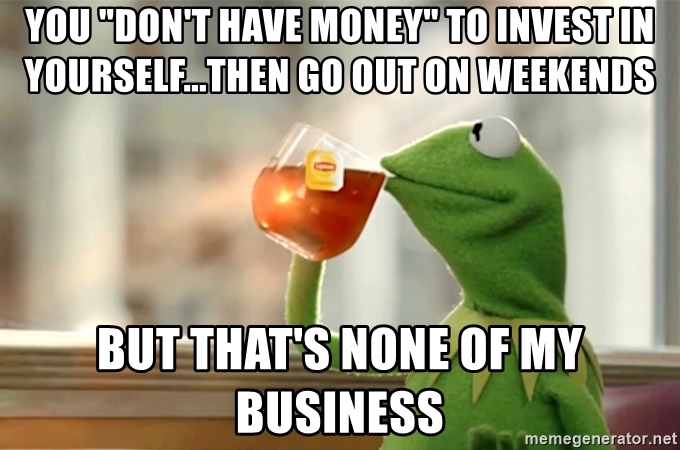 “I don’t have enough time.”

“Is this some pyramid scheme?”

“I don’t want to give you my social security or credit card info.”

“This just isn’t my thing.”

“But what about this other company that sells the same stuff cheaper?”

“I’ll have to ask my wife/husband before I join.” 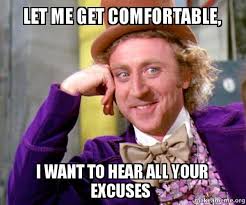 “Let me think about it and I’ll call you next week.”

“How much does it cost to join?”

“Do I have to buy product every month!?”

Seriously, stab me in the ear with a frickin’ Q-tip!

So I have a question for you…

How do you react when these statements are made?

Have you invested in a solution, like some books or courses on answering objections so you can turn the situation around?

Have you attended conference calls or workshops each week so you can train on how your sponsor masterfully counters each excuse?

If you have, that’s great. I respect your work ethic and commitment.

But I want to tell you THE TOP EARNER secret…

You DO NOT EVER Have to Deal With That Crap! 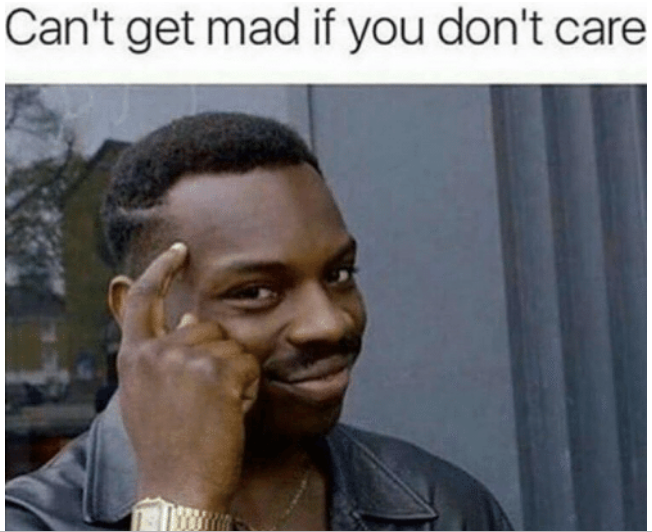 I don’t really ever have deal with whiny ignorant questions, objections or excuses like the ones above anymore.

And when I discovered the more powerful truths and solutions, my business absolutely exploded…

How do we get away with such ‘sacrilegious’ behavior?

I only market to, engage with and enroll people who already get network marketing, direct sales or related industries.

This means I only talk to people who are open, interested, and know the rules of the game.

Savvy business minds who understand what “cost vs investment” and AUTO DELIVERY is, and why it’s so important.

In short, if you’re attracting the RIGHT targeted audience, you never have to put up with excuses when you ONLY deal with hitters who are NOT looking to make them.

However, this idea is not something that’s new to the industry. Recruiting other networkers is as old as the industry itself.

In fact, you’ve probably seen “leaders” jump from one company to another, bringing a large following with them.

That being said, there’s a RIGHT way to do this… and there’s a WRONG way…

We were at an event recently called The No Excuses Summit with many of the top earners in various companies.

The event was supposed to be a ‘No Recruiting Zone,’ but ha… at the bar in between the sessions… it was a bit of a shark tank frenzy!

We got to witness all of the seduction tactics firsthand, where some of our 7-figure colleagues literally couldn’t take a piss in peace without being prospected by another slick networker in a cheap suit (or dress).

I mean, wow it was too much…

I on the other hand didn’t have that desperate anxious feeling, where I felt I had to try and recruit every single person, because I don’t have to.

Yet, I was asked by a many high earners who knew me from the Internet and wanted to pick my brain and had a genuine interest in my company’s solutions.

It was a super fun trip and we made a ton of new networking friends. 🙂

It is true what they say…

The Fastest and Easiest Way to Build a Business is to Recruit Other Powerful Networkers, But…

This is mostly because they are applying old-school ineffective inviting tactics that don’t want to be bothered and already know what you are trying to pull.

They have a highly sensitive “radar” for it.

There’s only a few who are actually doing it right.

Have you noticed some of the recent Facebook Ads, from some bigger networkers?

Leaders are quickly catching on and the faster YOU do, the faster you’ll get the same results.

I’ve become a skilled marketer so I don’t have to do it anymore!

Back in 2011, when I totally burned out on the old recruiting methods, I started researching. 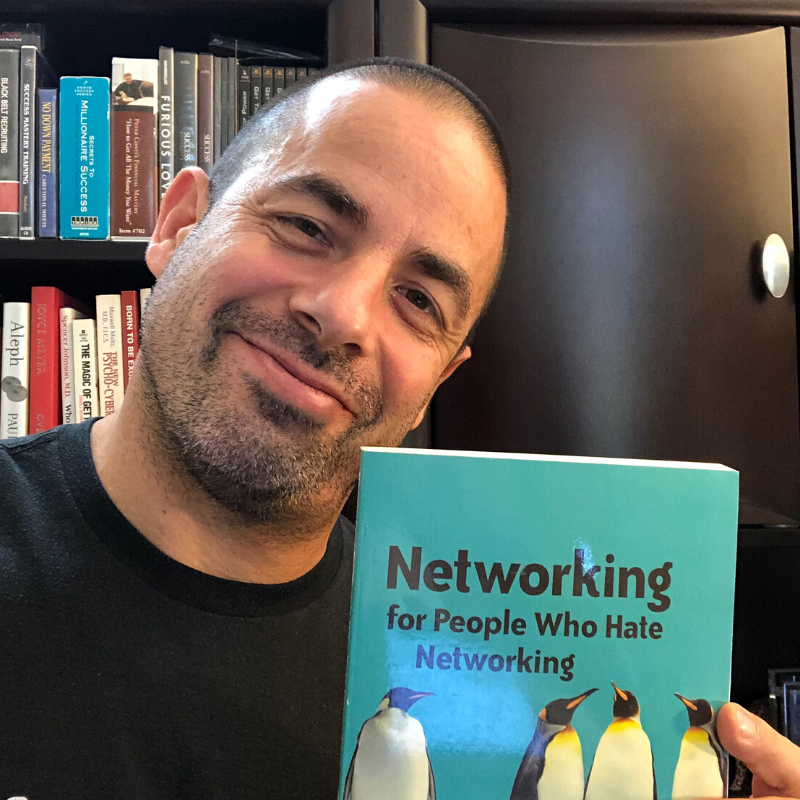 And I Found It

It’s called Attraction Marketing and you may have think you’ve heard of it, but NOT like I’m about to reveal to you…

This way is about learning how to use Social Media in way that literally brings your customers, prospects, and other leaders to YOU, without having to be a skilled closer or prospector.

I NEVER even plan on enrolling anyone from any of the events, yet it happens.

Because they already feel like they know me from our online “boosted” strategies and experience extreme value in the way we run our business.

How would it FEEL to see your business change, with people contacting YOU every single day?

And these aren’t just ‘any’ types of people.

These are active savvy entrepreneurs, professionals and full on networkers…calling YOU.

Would that completely shift your paradigm on how much momentum (and FUN) you can have in your business?

Your efficiency and lifestyle?

Your enthusiasm and belief in this beautiful business model?

Would it put that SPARK back into you, that you had when you first started?

It’s just that either no one has bothered to show you how to do it yet, or you’ve been ‘closed’ to new ideas because you’re loyal.

I get it. We try to be coachable. We don’t want take the “loss” or cut our losses, or be quitters.

It’s almost like gambling addicts, trying to get your money back once you lost it….

…. IN THE SAME MACHINE YOU LOST IT IN. 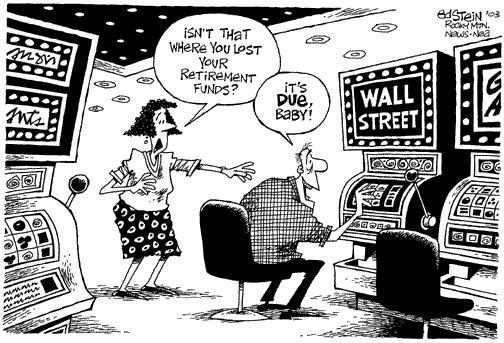 We try to stick the “the system”, “hit more numbers”, keep your head down and “keep working”, etc. but it’s not working.

Now this isn’t about being “disloyal” to your up-line, your company or anything else.

It’s about doing whatever it takes to MAKE IT.

You can free yourself from the smoke & mirror objections, weak excuses, and the whiny people who make them – permanently.

For goodness sake, stop wasting your time and your money on these dead-beat whiners!

Think now, do you believe millionaires and billionaires sit in their offices all day, calling a list of 20,000 potential customers, one by one?!

It’s time to learn the (not so) SECRET.

It’s time to ONLY work with other professionals already GET IT, who are positive about what you are involved in.

Building your (social) network marketing business is just like in any business.

Marketing 101: Market your offer to those who are already using a similar product.

This is how successful networkers really build their businesses in this arena, especially now in the 21st century.

If you want results like theirs, I recommend you have the same strategies.

If you’re not sure how to go about it, you should consider enrolling in our 100% FREE “Social Ninja Recruiting Video Series“, because it’s exactly what I learned and what we’ll teach you how to do.

You’ll attract qualified prospects to you without having to bother good people with bad awkward cold texts in messenger!

We’ve ALL Been Here At The Crossroad

Before we had our success, MY excuse was “man, I don’t think I have time to learn all of the online strategy stuff”…

And this lame excuse prolonged my struggle for 3 more years, unnecessarily.

Only after I finally surrendered to learning what I had to learn, (so I could get the results I wanted), I was pissed at myself for not doing it sooner!

It was way simpler than I had imagined, and everything came together immediately, like magic puzzle pieces.

It turned into a total Home Business masterpiece.

Regardless of which path you choose, I hope you give it 1000% and I do wish you many blessings!

The World Is Yours, M.

P.S. – If you liked what you just heard and want a quick breakdown, I cut a vid with details for ya below…

About the Author Marco Frank Montoya

I was an inner-city kid who changed his environment and grew to become a world-class international professional snowboarder for over 17 years... I didn't know what I did when I did it, but now I DO. I learned a lot from that and lived an extraordinary lifestyle, so as you can imagine, I could not go back to a "the norm". I was "psychologically un-employable"... Through years of launching, building and promoting several businesses, I quickly realized that the more "successful" we became, the more BUSY we got, (and the less TIME freedom I had). The lack of freedom and quality time with my kids had me searching for solutions and investing into personal and financial development. Then I found HOME BUSINESS, the most beautiful business model in the world. I've done this for over a decade, and now help entrepreneurs brand themselves and market their business online, from anywhere in the world, so you can be a #FreedomFam too! : )

How To Attract And Recruit Powerhouse Women Without “Resistance”

5 “Desperation Signals” That Automatically Scare Your Network Marketing Prospects Away: (Learn Attraction Instead)

How To NOT Have A “Pyramid” Conversation: (Do THIS Instead!)

FREE TRAINING How to...

Enter your best email address below and we'll send it to you RIGHT NOW!

We respect your privacy. Your email address will never be shared or sold.