About Us - Never A Case of The Mondays 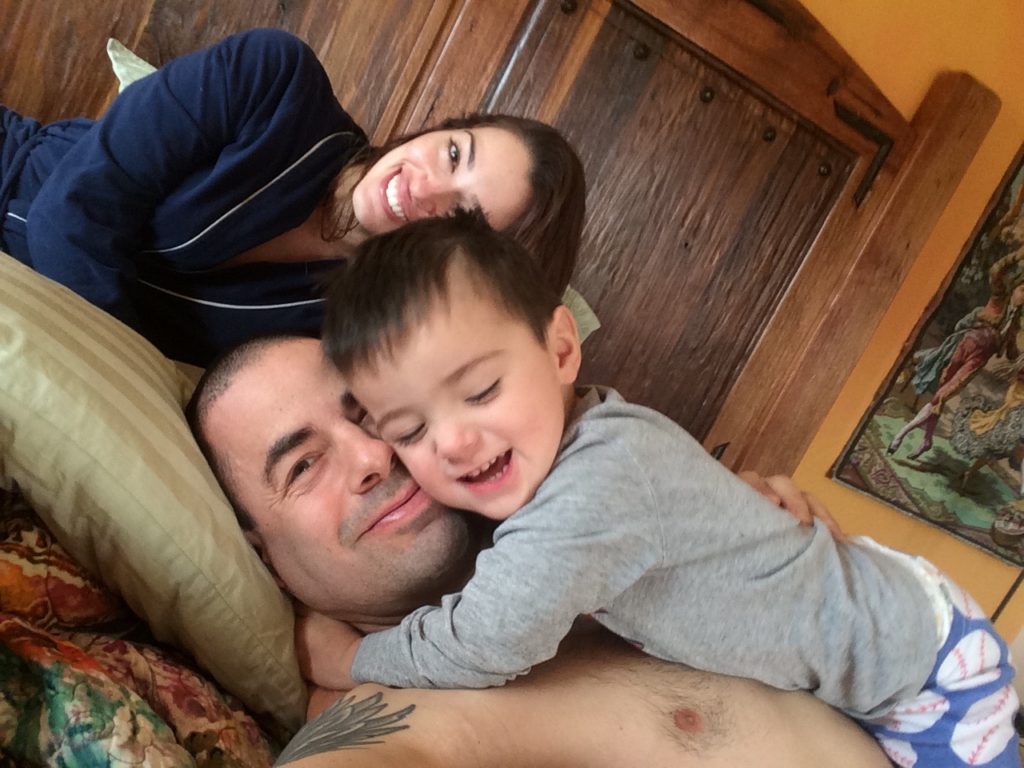 My name is Marc Frank Montoya. This is my wife Mari, and baby Lucca.

I show entrepreneurs how to take their business to the next level, generating more leads, customers, sales, and even team builders, using social media.

Basically, how to stop being owned by your small business, and start owning your life, with multiple streams of 24-7 leveraged passive income, for the ultimate lifestyle.

They call Mari #TheLethalWeapon, because she’s deadly when it comes to Facebook strategy, showing people how to generate anywhere from $50 to $1500 with their few Facebook posts!

Of course, it wasn’t always like this, and I have a pretty crazy story…

I grew up in the inner city of Denver, Colorado.

In school, they would call me “The Holey One”! But notice it doesn’t say “Holy”.

It was because I had holes in my pants, shoes, and socks! LOL! I grew up pretty poor with a family that constantly struggled with money problems.

My Dad’s parents were so poor that he was actually born in a remodeled chicken coop. Today I know that it was because, like 98% of all people, none of us were very financially educated.

Helping others was WAY out of the question, because, like many others, we couldn’t even help ourselves. (I’m actually pretty sure this is why one of my highest core values is financial freedom).

We literally had no idea how the “game” of money is played, or how to be valuable in the market place. We did not know how to run successful businesses, or know what “leverage” in business even meant.

So how do you expect to win a game if you don’t even know the RULES?

I had no direction, no plan, and no future, until I found my PASSION – skateboarding and snowboarding.

Through skateboarding, I met a lifelong friend that believed in me (and wouldn’t stop telling me so), until I finally started believing in myself.

After that, I could not be stopped. I did whatever it took to skate and snowboard as much as possible.

I did what others weren’t willing to do, every single day, “paying the price”, until I became a professional snowboarder, getting paid amazing amounts of money to do what I love.

This lasted years and made me psychologically unemployable.

There was a huge problem though…

I STILL didn’t know anything about money…

I did invest almost all of the money I had worked hard for, all the time, but it seemed like throughout whole snowboard career, I had people use me and take advantage.

I wasn’t educated on the subject of money or leverage, and lost almost everything I had earned.

On the cover it said “What the Rich People Teach Their Kids, That the Poor and Middle-Class Do Not“.

After reading that book, I was addicted to knowledge and personal growth.

I realized I didn’t even know what I didn’t know, and why I always felt unsure or even scared about my future, and where the next money would come from.

I realized I was busting my ass to make other people rich, instead of myself.

Yeah, I was “living the dream” but I was building theirs! I realized that as the owner of my own business, I was still trading my valuable time for money, so I never had any TIME, which is way more valuable.

I realized that I didn’t own my businesses I started – they owned ME, and took all of my free time, and worst of all, took me away from my kids.

I remember feeling so guilty that I would be gone from the house before they even woke up, and by the time I got home, I was too exhausted to even play with them. I finally had a snapping moment when my little girl wouldn’t stop crying when I left.

I had to get out. I had to find a solution. I felt like I was being unfair. I wanted to provide for them, but it meant being away from them.

From then on, I started actively searching for solutions and investing any spare time I had into business mentors, books, training’s, and seminars.

I learned to copy people that had the life that I wanted. They were who I needed to “model” if I wanted the same results. I wanted wealth, and more importantly, my freedom.

I then spent the next 6 years training my mind and streamlining my new businesses.

I remember the pain of struggling month-to-month and the fear of the future. I remember the anger of feeling like a slave, at a job, where someone tells you what to do all day, how much you’re worth, and even WHEN you can eat lunch.

I remember not being able to help anyone, because I could barely survive myself.

Thinking back, it was a simple existence with no real purpose except to frantically chase money. If I stopped working, I stopped getting paid, so I was a slave to money.

The most painful part was that I lost so much time in my kid’s lives, because I was stuck in the building being “too busy”.

I would do ANYTHING to not have to go back to that kind of life, so I dug in, studied, trained, and practiced with wealthy mentors to learn how to achieve exactly what they had – leverage, abundance, and freedom to be with their family. 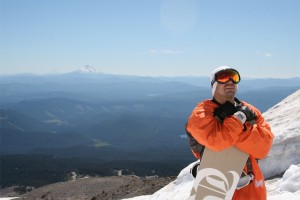 It was a MUST that I shifted focus, because finally I realized that whatever I was doing up until then … was NOT working.

If I wanted to be financially free, I had to CHANGE my thinking, and what I spent my time and money on.

I had to do (W.I.T.) Whatever It Takes, even if it was “uncomfortable” to learn something NEW, (or else I would keep doing the same thing, over and over again).

I learned a new unfamiliar world, that would get me to my bigger dreams again. I learned how you must think for YOURSELF, instead of “taking family and friends’ word for it”.

I now understand how many of the things we’ve been taught about money or business do NOT make any real business sense.

If you want to create a life of freedom, you must NOT take business advice from broke and struggling people.

You must take responsibility for where you are in life, and get rid of your excuses for why you’re not where you want to be.

The reason you may not be where you want to be, is the stories you tell yourself for why you’re not there already.

I have now achieved freedom before the age of 40, and I have more time to be with loved ones and give back.

When you work harder on yourself than you do at a job, you’ll inevitably end up in a position where you have the TIME and MONEY to contribute, give to charity, and help others.

You will realize your purpose here on Earth is to serve others less fortunate. You will feel how amazing it is to have a life you always wanted.

Many people “can’t afford” to start their own success path. They’ve convinced themselves they have “no extra money”, or “no extra TIME“.

Other people, like me, don’t believe in themselves at first. It’s not that you don’t have ANY money or time – it’s that you may spend it on liabilities, (instead of assets). Liabilities will never create any big money or free time for you.

What matters is your own belief and thought process – your paradigm. It is your daily decisions of what you DO with the money and time you have.

What you do with it today will determine where you will be “tomorrow”. Many people are not “poor”, they are broke, and there’s a huge difference.

Some people just have poor HABITS with what they do with their money and time.

I wasn’t born POOR, I was born BROKE. Poor is a mindset, and it can be changed. Broke is temporary – I’ve proven it.

So I’m here to say: If what you’ve been doing up until now has led you to having “no extra money” or “no extra time”, then it is NOT working, is it? 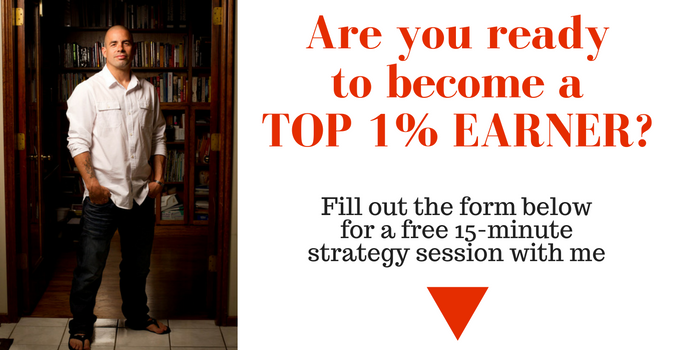 My team and I can help you build a dream life. We can’t wait to work with you, so you can have the resources and tools you will need to be able to help others in the world.

Then we will change the world, one by one.

Much Love, The World Is Yours,
Marco!

P.S. – For more more info on Next Level Home Business Mastery, click it!
Or you can click to work with me directly.